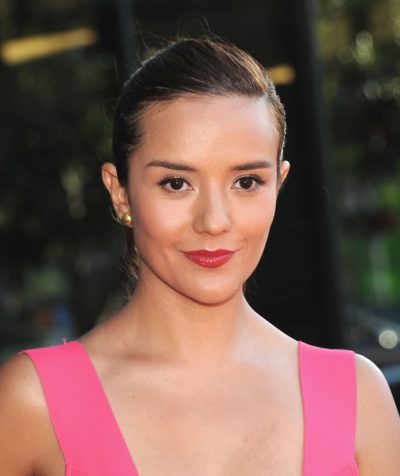 Moreno in 2013, photo by DFree/Bigstock.com

Catalina Sandino Moreno is a Colombian actress. Her roles include the films Maria Full of Grace, Journey to the End of the Night, Paris, je t’aime, Fast Food Nation, The Hottest State, Che, Magic Magic, Swelter, Incarnate, and The Quarry, and the shows The Affair and From.

She is the daughter of Martha Moreno and Raúl Sandino. Catalina is married to David Elwell, with whom she has one child.

Catalina, Yalitza Aparicio (for Roma, 2018), Ariana DeBose (for West Side Story, 2021), and Ana de Armas (for Blonde, 2022), are thus far the only actors of Latin-American descent born after 1980 to have been nominated for an acting Oscar, with Ariana winning.