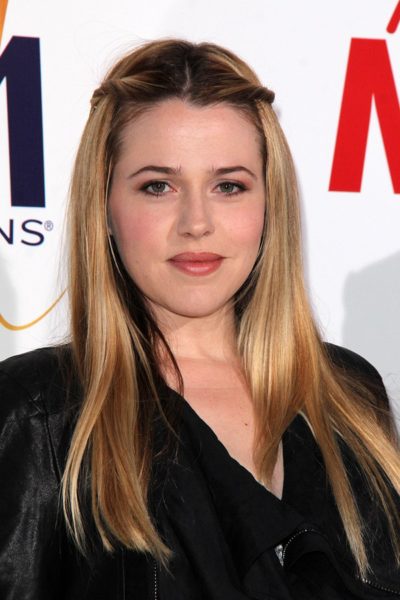 Delfino in 2014, photo by kathclick/Bigstock.com

Majandra Delfino is a Venezuelan-born American actress and singer. She has starred on the shows Roswell and Friends with Better Lives.

She was born in Caracas, the daughter of Maria de Los Angeles Hellmund and Enrique Delfino. Her father is Venezuelan, and has Spanish, Basque, Catalan, Portuguese, Italian, and Dutch ancestry, as well as Colombian forbears. Her mother is Cuban, the daughter of an American father, of English, Irish, German, and Scots-Irish/Northern Irish ancestry, and of a Cuban mother.

Majandra has a sister, Marieh Delfino, who is also an actress. The family moved to the U.S. in 1986. They settled in Miami, Florida, and later moved to Los Angeles, California.

Majandra is married to actor David Walton, with whom she has two children.

Majandra’s paternal grandfather was Enrique Gustavo Delfino Arriëns (the son of Gustavo Delfino Arriëns and María Valentina Arriëns Pacheco). Enrique was born in Caracas, Venezuela. Gustavo was born in Caracas, the son of Sebastian Delfino Rodriguez, whose own father was from Varazze, province of Savona, Liguria, Italy; and of Susana/Susan Magdalena Arriëns Urdaneta, whose father was Dutch. María Valentina was born in Venezuela, the daughter of Teodoro Arriëns Urdaneta, whose father was Dutch, from Arnhem; and of Albertina Pacheco Level. Majandra’s great-great-grandparents Susana and Teodoro were siblings.

Genealogy of Majandra Delfino (focusing on her father’s side) – https://www.geni.com