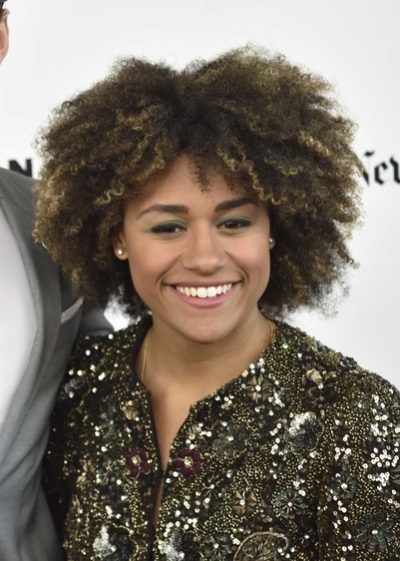 Ariana DeBose is an American actress, singer, and dancer. She won the Academy Award for Best Supporting Actress for West Side Story (2021). Her roles also include the film The Prom, and the show Schmigadoon!

She is the second person born in the 1990s to have won an acting Oscar, after Jennifer Lawrence. Ariana, as well as Catalina Sandino Moreno (for Maria Full of Grace, 2004), Yalitza Aparicio (for Roma, 2018), and Ana de Armas (for Blonde, 2022), are thus far the only actors of Latin-American descent born after 1980 to have been nominated for an acting Oscar.

…my mother is white, my father was Puerto Rican, so I don’t identify with any specific ethnicity… When I walk down the street, I present as black and I do have African-American lineage, but I’m also part-Italian… If I choose a term it’s ‘human’ because I believe humans should be allowed to love who they choose regardless of gender.

DeBose is her mother’s name.

Ariana’s maternal grandfather is Larry Thomas DeBose (the son of Lewis Thomas DeBose and Grace Horrell). Larry was born in North Carolina. Lewis was the son of James Lee DeBose and Etha Gertrude Woodcock. Grace was the daughter of Charles McLean/McLain Horrell and Jesse James.