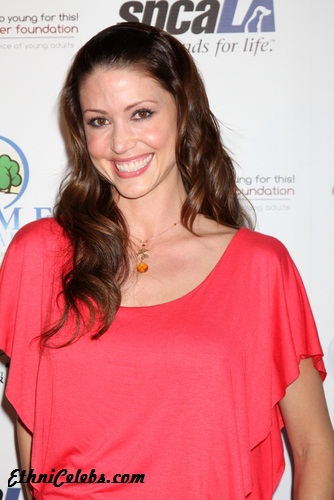 Shannon Elizabeth is an American actress, model, and poker player. She is known for playing the Eastern European character Nadia in the American Pie films, and for appearing in the film Jay and Silent Bob Strike Back, among others.

Her father is of Lebanese descent and her mother is of English, Irish, and German ancestry. In an interview, it was stated that she can speak Arabic.

Shannon is a cousin of journalist, television host, and relationship coach Tamsen Fadal.

Shannon’s paternal grandmother was Louise Basila (the daughter of Abdalla/Abdulla “Albert” Basila/Bassilla and Filomena/Philameana/Philamena Margret/Mohaul “Thelma” Saloum/Salome). Louise was born in Texas, to parents from Beirut, Lebanon. Abdalla was the son of Elias Basila and Sadie. Filomena was the daughter of Mahoul Saloum.

Sources: Genealogy of Shannon Elizabeth (focusing on her father’s side) – https://www.geni.com