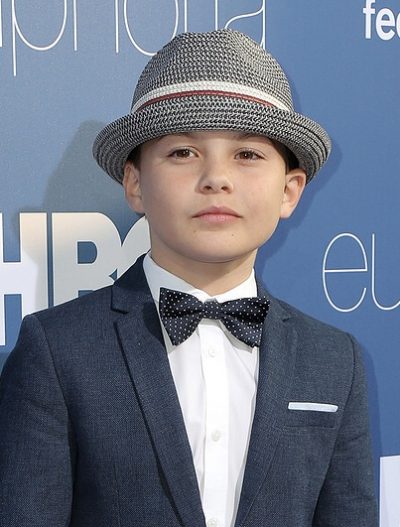 Walton in 2019, photo by kathclick

Javon “Wanna” Walton is an American actor and boxer. He is known for his roles on the series Euphoria, Utopia, and The Umbrella Academy, as the voice of Pugsley in The Addams Family 2, and in the film Samaritan. He has also been credited as Javon Walton.

Javon is the son of Jessica Battle and actor, stuntperson, and boxer D.J. Walton. His father was born in New York, and was adopted by an Ashkenazi Jewish mother, Susan, and an African-Jamaican father, Anthony.

Javon’s biological paternal grandmother is Vikki Kathleen Umile (the daughter of Peter Joseph Umile and Theresa M. Brennan). Peter was born in New York, to Sicilian parents, Michael Umile and Rose Adamo. Theresa was the daughter of Charles Edward Dennis Brennan, who had Irish, English, and German ancestry, and of Lillian “Toots” Krieff, who was of Russian Jewish descent.