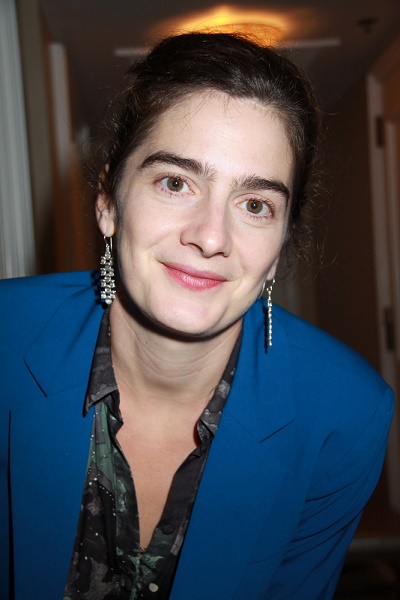 Gaby Hoffmann is an American actress. Her roles include Uncle Buck, Now and Then, Everyone Says I Love You, Crystal Fairy & the Magical Cactus, and the show Girls.

Her mother is Viva (born Janet Susan Mary Hoffmann), an actress, writer, and Andy Warhol superstar. Her biological father was actor Anthony Herrera (Anthony John Herrera), who was born in Biloxi, Mississippi. He was not publicly identified as her father until the 2010s.

Gaby’s paternal grandfather was of half French and half Spanish descent. Gaby’s other ancestry is German, Irish, English, Scottish, and 1/16th Italian/Sicilian.

Gaby has a daughter with her partner, cinematographer Chris Dapkins.

Gaby’s paternal grandfather was Rafael Antonio “Johnny” Herrera. Rafael was born in New York City, New York, and was the biological son of Mariana Benita Ramirez, who was born in Riópar, Albacete, Castile-La Mancha, Spain, and of Gaston Louis Malécot, who was born in Romorantin, Loir-et-Cher, France. Gaby’s great-grandfather Gaston was the son of Clovis Malécot and Louise Coulon. Gaby’s great-grandmother Mariana was the daughter of Mariana Ramirez and Pauline Ballestera. Gaby’s grandfather Rafael was raised by his mother and stepfather, Antonio J. Herrera.

Gaby’s maternal grandfather was Wilfred Ernest Hoffmann (the son of Earnest/Ernest John Hoffmann and Ida Elizabeth Cacciola). Wilfred was born in New York. Earnest was the son of John Leonard Hoffmann, who was of German descent, and of Helena Neumeier, from Main-Tauber-Kreis, Germany. Ida was the daughter of Thomas Cacciola, who was born in Città Metropolitana di Catania, Sicily, and of Mary Leahy, who was born in Prince Edward Island, Canada, and had Irish ancestry.

Genealogy of Gaby’s maternal great-grandmother, Ida Elizabeth (Cacciola) Hoffmann (focusing on her own father’s side) – https://www.findagrave.com