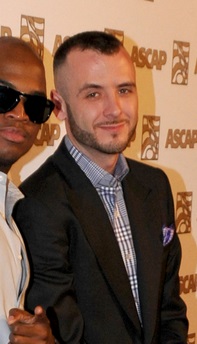 40, also credited as Noah Shebib and FourTee, is a Canadian record producer, songwriter, record executive, and actor. 40 is well known as the producer for artist Drake.

40’s paternal grandfather was Moses “Morris” Shebib (the son of George Shebib and Martha Haddad). Moses was born in North Sydney, Nova Scotia, to Lebanese/Syrian parents. George was the son of Elias Shebib and Miriam Khayat.

40’s paternal grandmother was named Mary Alice Long. Mary Alice was a Newfoundlander, who was of Irish descent.

40’s maternal grandfather was James Mavor Moore (the son of Francis John Moore and Dora Mavor Moore). 40’s grandfather Mavor was born in Toronto, Ontario. 40’s great-grandfather Francis was an Anglican theologian and army chaplain, who was the son of John Moore and Mary Ann Mason. 40’s great-grandmother Dora was born in Glasgow, Scotland, and was an actor, teacher, and director, who helped establish Canadian professional theatre in the 1930s and 1940s. Dora’s father, James Mavor, was a prominent economist, who served as Professor of Political Economy, at the University of Toronto, from 1892 to 1923. Dora’s mother, 40’s great-great-grandmother, was Christine Jane Balfour Watt. Dora moved to Canada in the 1890s with her family.