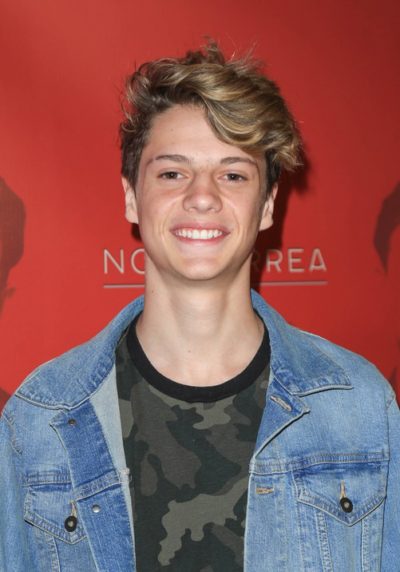 Jace Norman is an American actor. He has starred in the series Henry Danger.

His paternal grandfather was of Lebanese descent and his maternal grandmother’s ancestry is Puerto Rican/Spanish [including Catalan, Galician, and Cantabrian]/Corsican/Basque. From his other grandparents, Jace has Irish, English, Scottish, German, and Swiss-German ancestry.

Jace’s paternal grandfather was named Frederick/Fred John Norman (the son of The Rev. George Abdalh Norman and Requetta/Requette). Frederick was born in Michigan, to parents from Kalhat/Qalhat, Mount Lebanon.

Jace’s paternal grandmother was Joretta Pearl Moeller (the daughter of George Henry Moeller and Avo Elfie McKinney). Joretta was born in Oregon. George was the son of Claus Henry Moeller, who was German, and of Marie Nyffeler, who was Swiss. Avo was the daughter of Samuel Jefferson “Sam/S. J.” McKinney and Mary Melinda Tennessee “Tennie” Gage.

Jace’s maternal grandmother is Gloria Viqueira y Mariani (the daughter of Jaime E. Viqueira Solivellas and María Monserrate del Carman Mariani y Bartoli). Jace’s grandmother Gloria is Puerto Rican. Jace’s great-grandfather Jaime was from Mallorca, Spain, and was the son of Loreto Viqueira y Villanueva, who was of Galician and Cantabrian descent, and of Catalina Solivellas y Vicens. Jace’s great-grandmother María Monserrate was born in Yauco, Puerto Rico, and was the daughter of Antonio Mariani Cuprill, whose father was from Rogliano, Corsica and whose mother had Basque ancestry; and of María Monserrate Ildefonsa/Alfonsa Bartoli Martínez, whose father was also Corsican.