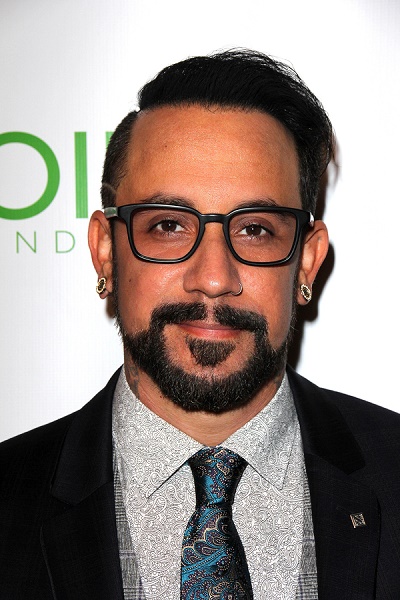 McLean in 2014, photo by kathclick/Bigstock.com

AJ McLean is an American singer, songwriter, actor, dancer, and model. He is a member of the band Backstreet Boys, along with Nick Carter, Howie D., Brian Littrell, and Kevin Richardson.

AJ is the son of Denise Irma (Fernández) and Robert Blue “Bob” McLean. AJ is married to model and stylist Rochelle Karidis, with whom he has two children.

His father is of Scottish, and some Irish, English, and French, descent. His mother is of half Puerto Rican and half German ancestry.

A MyHeritage DNA test taken by AJ stated that his genetic ancestry is:

AJ has said that he is of one sixteenth Jewish ancestry, which dovetails with his DNA result.

Given his DNA result, it is likely that AJ’s Puerto Rican ancestry includes Spanish, Indigenous [Taíno], and African.

AJ’s paternal grandmother was Irene Frances/Francis Thompson (the daughter of Edwin Francis Thompson and Irene May Grant). A. J.’s grandmother Irene was born in Massachusetts. Edwin was the son of Nova Scotia-born parents, George Thompson, whose father was English, and Mary Jane Murphy, who had French, Irish, and English ancestry. AJ’s great-grandmother Irene was the daughter of Frederick “Fred” Grant and Mary Greer.

AJ’s maternal grandmother was Ursula Margerat/Margaret Maier (the daughter of Wilhelm/William Maier and Kate Bubendey). Ursula was born in Germany, and moved to the U.S. around 1925.