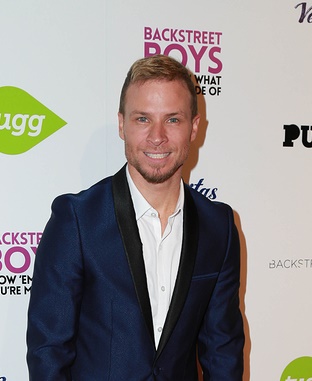 Littrell in 2015, photo by kathclick/Bigstock.com

Brian Littrell is an American singer, songwriter, and actor. He is a member of the band Backstreet Boys, along with Nick Carter, Howie D., AJ McLean, and Kevin Richardson. Kevin and Brian are first cousins.

A MyHeritage DNA test taken by Brian stated that his genetic ancestry is:

Brian is the son of Jacqueline R. (Fox) and Harold Baker Littrell, Jr. He is married to model and actress Leighanne Wallace, with whom he has a son.

Brian’s paternal grandmother is Lucy L. Hill (the daughter of James Perry Hill and Anna/Annie Lillian McDonald). James was the son of John Hill and Irene White. Anna was the daughter of George William McDonald and Sarhilda Davis Stoker.

Brian’s maternal grandfather is Robert Reed Fox (the son of Joseph Clinton Fox and Mayme Judy). Joseph was the son of Clinton Benjamin Fox and Annie E. Chambers. Mayme was the daughter of William Dudley Judy and Lizzie Lee Nelson.

Sources: Genealogy of Brian Littrell (focusing on his father’s side) – https://www.geni.com