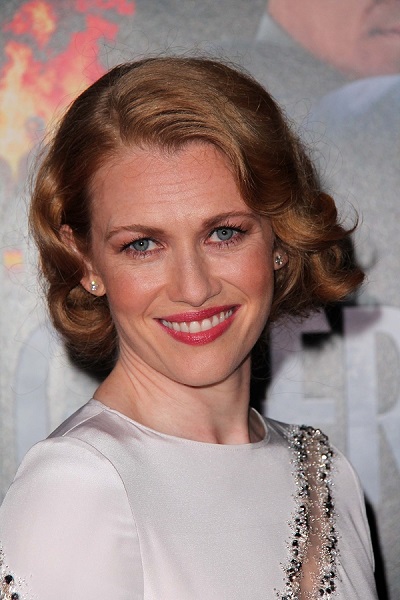 Enos in 2013, photo by s_bukley/Bigstock.com

Mireille Enos is an American actress.

She is the daughter of Monique Paulette (Giorgi) and Jon Goree Enos. Mireille is married to actor Alan Ruck, with whom she has two children.

Her father was American, and had English, and more distant Irish, Scottish, Welsh, and German, ancestry. Her mother was French, from Marseille, Provence, and was of Italian and French ancestry. Mireille was raised LDS (Mormon).

Mireille’s maternal grandfather was Alfredo/Afred Renaldo Giorgi (the son of Raffaello Giovanni Giorgi and Rosa Martini). Alfredo was born in Taggia, Provincia di Imperia, Liguria, Italy. Raffaello was the son of Pietro Paolo Giorgi and Regina Palagi, who were from Lastra a Signa, Florence, Tuscany. Rosa was the daughter of Angelo Domenico Giuseppe Martini and Colomba Celeste Torre, who were from Taggia and Bussana, respectively, both in Provincia di Imperia, Liguria.