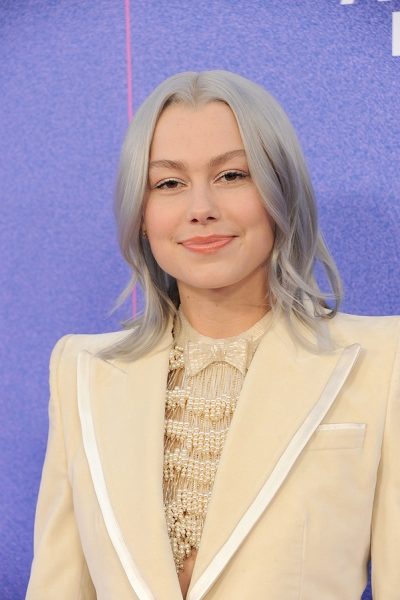 Bridgers in 2022, photo by Starfrenzy/Bigstock.com

Phoebe’s paternal grandmother is Bonnie Marie Tennant (who likely was the daughter of Delbert Arthur Tennant and Ella Mae Kodesh). Delbert was the son of Robert Garfield Tennant, whose paternal grandparents, and mother, were Scottish, with his mother having been from Bernie Brae, Ardire, Lanarkshire; and of Mary Elizabeth Brown, who had deep roots in the U.S., and who was of mostly English, with some German, descent. Ella was the daughter of James Kodesh, a Czech emigrant, from Bohemia, and of Emma M. Kacalek, who was also of Czech descent.

Phoebe’s maternal grandfather is Richard Carl Gandola (the son of Charles/Carlo Gandola, and of a woman whose surname was Sawyers). Charles was born in Contra Costa, California, to Italian parents, from Como, Lombardy, Giuseppe “Joe” Gandola, from Dongo, and Genoveffa Ambrogina Bonfiglio, from Pianello del Lario.

Phoebe’s maternal grandmother was Carole Elaine Pinches (the daughter of Mervin Edwin Pinches and Lucille E. Holmes). Carole was born in Willits, California. Mervin was the son of George Elmer Pinches, whose parents were English, from Kinnersley, Herefordshire; and of Mabel Jesse Purdy, who had some deep roots in the U.S., and a grandmother from Ireland. Lucille was the daughter of Lloyd Edward Holmes, who had deep roots in the U.S., and of Emily L. Simpson, whose mother was English, from Lyonshall, Herefordshire.