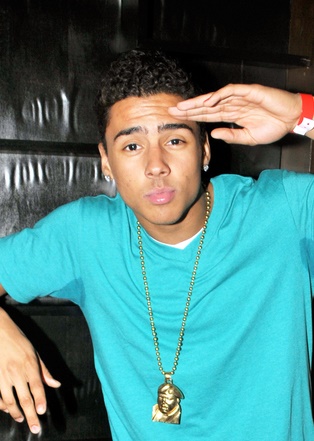 Quincy in 2011, photo by Prphotos.com

Quincy, also known as Quincy Brown and Quincy Combs, is an American recording artist, actor, and entrepreneur. His roles include the films Dope and The Holiday Calendar.

Quincy is the son of model Kimberly Porter and singer, songwriter, record producer, and radio host Al B. Sure! (born Albert Joseph Brown III). He was raised by his mother and producer, musician, and actor Sean Combs, after he began a relationship with Quincy’s mother when Quincy was three. Quincy grew up in Columbus, Georgia, and then Los Angeles, California.

Quincy’s paternal grandfather is named Albert Joseph Brown II. A picture of Albert can be seen here. Albert was a nuclear medical technician.

Quincy’s paternal grandmother is named Cassandra. A picture of Cassandra can be seen here.

Quincy’s maternal grandmother was Sarah Lee (the daughter of Steven Geen and Lila Mae Goodwin Star). A picture of Lila can be seen here.

A picture of Quincy’s other maternal great-grandmother can be seen here.