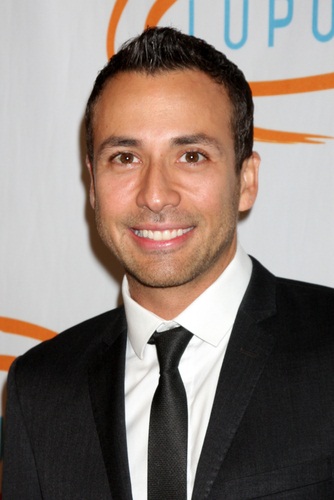 Howie D., also known as Howie Dorough, is an American singer, songwriter, musician, dancer, actor, and businessperson. He is a member of the band Backstreet Boys, along with Nick Carter, Brian Littrell, AJ McLean, and Kevin Richardson.

His mother, Paula Flores, is Puerto Rican, and his father, Hoke Dwaine Dorough, was of Irish and English descent. Howie is married to Leigh Boniello, with whom he has two children.

A MyHeritage DNA test taken by Howie stated that his genetic ancestry is:

Given his DNA result, it is likely that Howie D.’s Puerto Rican ancestry includes Spanish, African, and Indigenous [Taíno].

Sources: Genealogy of Howie Dorough (focusing on his father’s side) – http://wc.rootsweb.ancestry.com

Genealogy of Howie’s paternal grandfather, Hoke Smith Dorough (focusing on his own father’s side) – https://www.ancestry.ca

Genealogy of Howie’s paternal great-great-grandfather, James Henry Dorough (focusing on his own father’s side) – https://www.geni.com