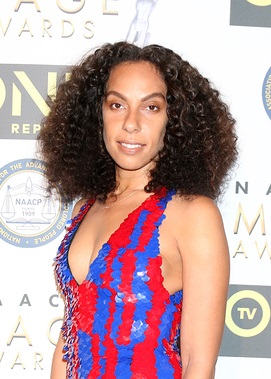 Matsoukas in 2017, photo by Joe Seer/www.bigstockphoto.com/

Melina is the daughter of Diana-Elena and David Matsoukas. Her father is of one half Greek and one half Ashkenazi Jewish ancestry. Her mother was born in Cuba, and has been described as an “Afro-Cuban of Jamaican descent.” Melina was raised in New York and New Jersey.

I grew up in the Bronx until I was about ten, and then we moved to New Jersey. I grew up in a very multicultural family. My mother is Afro-Cuban and Jamaican, and my father is Greek and Jewish. I felt the influences from all the different cultures — the stories, the ideas. And my parents are both communists and activists, so they’ve always been all about equality and doing something important with your life. I always wanted to do something big, I just didn’t know how I would go about changing the world.

[I was raised in] a wondrous collision of culture… My parents raised me to create change. They are Communist believers, so they don’t believe in organized religion, but we believe very much in culture and in food – Greek food, Cuban food, soul food, Jamaican food, all on one plate.