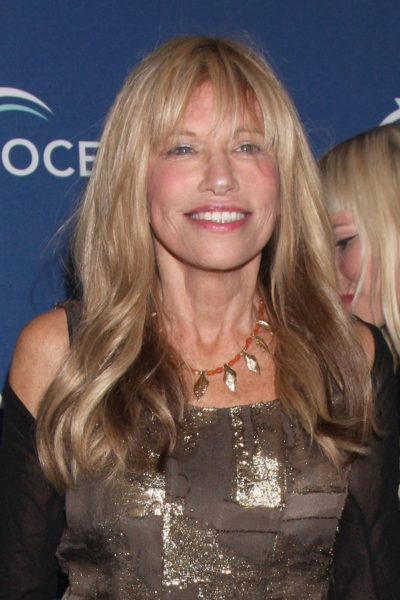 Simon in 2013, photo by kathclick/Bigstock.com

Carly Simon is an American singer, songwriter, musician, and author.

Her father was Jewish, of German Jewish descent. Her maternal grandfather was of German ancestry.

Throughout much of her life, Carly was unsure of her maternal grandmother, “Chibie”‘s, background, believing her to have been from Spain, and of Spanish and Moorish descent. Research performed by the show Finding Your Roots with Henry Louis Gates, Jr. (2017) indicated that Carly’s maternal grandmother’s family was actually from Cuba, and was of part African-Cuban descent.

A DNA test whose results were displayed on Finding Your Roots stated that Carly’s genetic ancestry includes:

Thus, Carly’s maternal grandmother was likely of around 40% African ancestry.

Carly’s paternal grandfather was Leo Leopold Simon (the son of Leopold B. Simon and Sophie Friedenburg/Fiendenburg). Carly’s grandfather Leo was born in Connecticut, to Jewish parents from Saxony, Germany.

Carly’s paternal grandmother was Anna Meier/Mayer (the daughter of Wilhelm/William Meier/Mayer and Rosine/Rosina Mendel). Anna was born in Frankfurt am Main, Germany, to a German Jewish family.

In her autobiography, Boys in the Trees: A Memoir (2015), Carly wrote:

It was Chibie, above all, who fascinated me. Who was Chibie? Where had she come from?… One story went that she was the illegitimate daughter of King Alphonso XIII of Spain and a Moorish slave he had gotten pregnant… I was able to confirm that until her mid-teens, Chibie lived in England, and that when she left the convent [where she spent time], she could read in eight languages. She was brainy, brilliant, and an utter original. She had dark olive skin and spent the rest of her life bleaching it in order to “pass” in a Caucasian world.

Genealogy of Carly Simon (focusing on her mother’s side) – https://www.wikitree.com