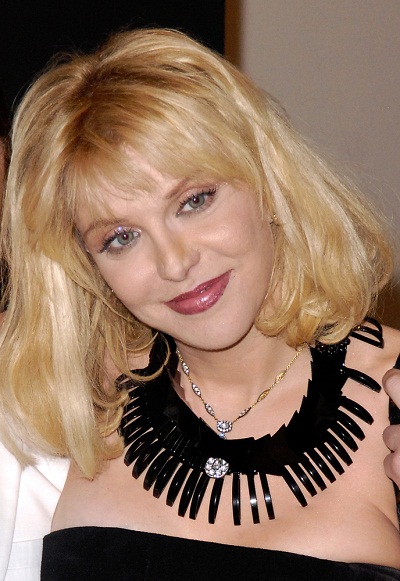 Courtney Love is an American alternative rock singer, songwriter, musician, actress, and visual artist. She was a member of the band Hole, whose members also included Melissa Auf der Maur. She has also been known as Courtney Rodriguez, Courtney Menely, and Courtney Love Cobain.

Her father has Welsh, Irish, German, and English ancestry. Courtney’s mother was adopted by the Risi family, who were Italian-American. Courtney’s biological maternal grandmother was author Paula Fox. Paula was of approximately half English and half Cuban [including Andalusian and Asturian Spanish, and Basque] origin.

A DNA test taken by Courtney stated that her genetic ancestry includes:

Courtney’s biological maternal grandmother was Paula Fox (the daughter of Paul Hervey Fox and Elsie de Sola de Carvajal). Paula was born in New York. Paul was the son of Winfield Douglas Fox and Mary Letitia/S. Finch, and had English ancestry. Elsie was born in Mantanzas, Cuba. Elsie’s father was Fermín de Sola e Iradi, whose own father was from Mondragón, Gipuzkoa, Spain, and whose own mother was born in Curaçao, to a Basque father, from San Sebastián, Gipuzkoa, and to a mother from Saint Thomas, U.S. Virgin Islands. Elsie’s mother, Courtney’s great-great-grandmother, was Candelaria Martínez de Carvajal y del Camino, whose parents were Spanish, her father from Almería, Almería and her mother from Gijón, Asturias, respectively.