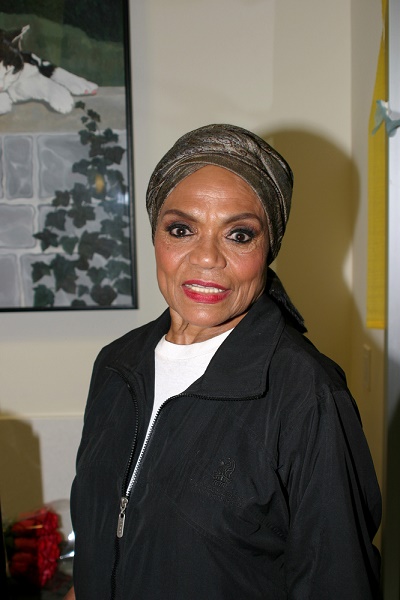 Eartha Kitt was a legendary American singer, actress, dancer, comedian, activist, author, and songwriter. She is known for playing Catwoman on the 1960s series Batman.

Eartha’s mother, Mamie/Annie Mae Kitt, was African-American. Mamie was also said to have Cherokee Native American ancestry, although it is not clear if that is accurate. Eartha’s biological father was said to be white. Eartha stated that she was often made fun of because of her light skin while growing up in the South.

Eartha had a daughter with her former husband, businessperson John William McDonald.

Eartha’s maternal grandfather was named William Keitt (the son of Delia Keitt). Delia was the daughter of Hilliard Keitt and Catherine.

Ertha’s biological father may have been Daniel Richard Sturkie. He is named as such in the book America’s Mistress: The Life and Times of Miss Eartha Kitt, 2013, by John L. Williams. Daniel’s ancestry included Swiss-German, English, German, Scottish, French, and Creek [Muscogee] Native American.

Daniel’s father was Calvin Richard Sturkie (the son of Richard Benjamin Sturkie and Jerusha Jeffcoat). Richard was the son of John Casper/Caspar Sturkie and Martha Ann Rickenbacker. Jerusha was the daughter of The Rev. Elijah Liege Jeffcoat/Jefcoat and Jerushia/Jerusha “Dollie”/Dolly Hoover.