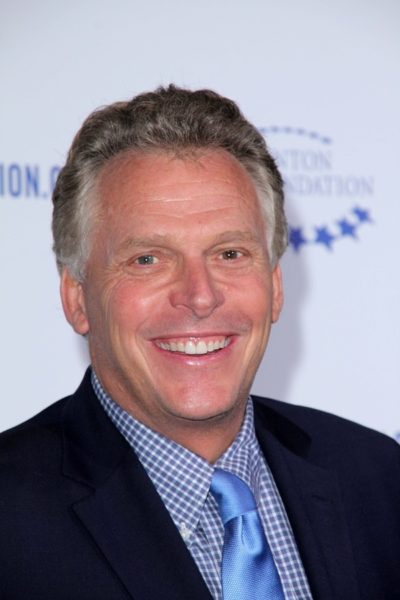 McAuliffe in 2011, photo by s_bukley/Bigstock.com

Terry McAuliffe is an American politician, businessperson, and television commentator. A member of the Democratic Party, he served as Governor of Virginia, from January 11, 2014 to January 13, 2018, as well as, as Chair of the Democratic National Committee, from February 3, 2001 to February 12, 2005, and Chair of the National Governors Association, from July 17, 2016 to July 16, 2017.

Terry is the son of Mildred Katherine “Millie” (Lonergan) and John Emmett “Jack” McAuliffe. He is married to attorney Dorothy Swann, with whom he has five children.

Terry’s maternal grandmother was Mildred A. “Millie” Riha (the daughter of Albin Riha and Anna Kozal). Mildred was Bohemian Czech.