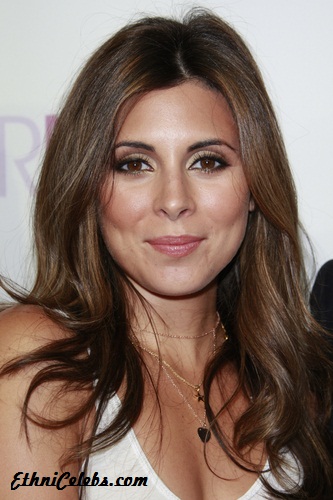 Jamie-Lynn Sigler is an American actress and singer. She is known for playing the daughter of mafia kingpin Tony Soprano on the HBO series The Sopranos.

Jamie-Lynn is the daughter of Connie and Steve Sigler, who founded the Men’s Senior Baseball League. Her father is from a Jewish family, of Ashkenazi, Romaniote, and Sephardi descent, from Romania, Poland, Greece, and Albania. Her mother, who is Cuban, converted to Judaism.

She has stated that she felt a spiritual and emotional connection to her Jewish roots when she visited Israel. She had a Bat Mitzvah ceremony.

Sources: Genealogy of Jamie-Lynn Sigler (focusing on her father’s side) – https://www.geni.com