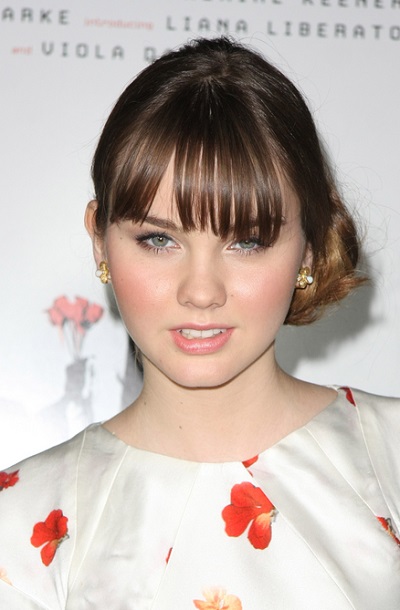 Liberato in 2011, photo by Prphotos.com

Liana Liberato is an American actress.

She is of 1/32 Italian descent from her paternal great-great-great-grandfather, whose surname was Liberato. Her other roots are English, Moravian/Bohemian [Czech], Irish, French, and German.

Liana’s paternal grandfather is George Eugene Liberato (the son of Anthony Francis Liberato and Mary Agnes Bousson). George was born in Texas. Anthony was the son of Eugene Francis Liberato and Evaline Susan Mills; Eugene’s parents, Liana’s great-great-great-grandparents, were Antonio Liberato, who was born in Genova, Italy, and Catherine “Kate” Garrity, who was born in Ireland. Liana’s great-grandmother Mary Agnes was the daughter of David Augusta Bousson and Sarah Elizabeth Anding.

Liana’s maternal grandfather is Thomas Alvin/Alvis Benbrook (the son of James Dexter Benbrook and Lydia Berta “Martha” Wunderlich). Thomas was born in Texas. James was the son of James B. Benbrook and Susan A. Boucher. Lydia was of German descent, the daughter of Gustav Wunderlich and Helena/Helene/Helen Lockman/Lockmann/Lackmann.