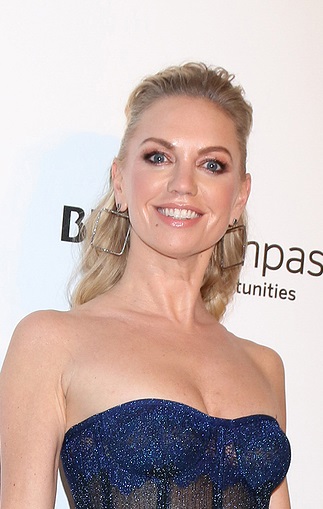 Swatek in 2018, photo by kathclick/Bigstock.com

Barret Swatek is an American actress and comedian.

Barret’s paternal grandfather was Cyril George Swatek (the son of Cyril W. Swatek/Svatek and Agnes Rosalie/Rose Stratmann). Barret’s grandfather Cyril was born in Missouri. Barret’s great-grandfather Cyril was born in Missouri, the son of Wenceslau/Wensel J. “William” Svatek, who was from Bohemia, and of Magdalene Margarette “Maggie” Costello, whose parents were from England and Bohemia, respectively. Agnes was born in Illinois, the daughter of Henry Frederick Stratmann, who was German, and of Felicity Agnes LaBarge, who was of French/French-Canadian descent.