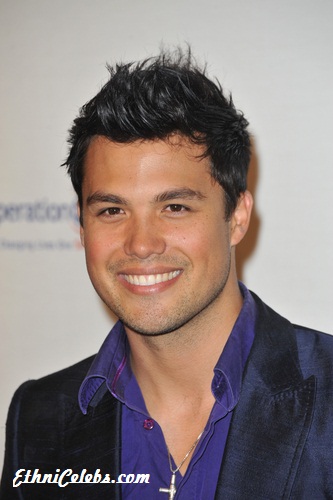 Copon in 2009, photo by Featureflash / Shutterstock.com

Michael Copon is an American model, actor, producer, and singer. He is well known for his roles on the series One Tree Hill, as Felix Taggaro, and Beyond the Break, as Vin Keahi.

His father, Berlin Trinidad Copon, is Filipino, and his mother, Monica Rae (Sowell) Zelasko, has German, English, and Scottish ancestry.

Michael has said that his Filipino grandfather was in the navy, and his Filipino stepmother used to advise him to go to the Philippines and become a star there. Instead, he opted to make it in the U.S. He has also stated that his father taught him a lot about his Filipino roots and that he is a big fan of Filipino cuisine.

Michael’s maternal grandmother is Norma Rae Scherer (the daughter of Raymond G. Scherer and Alberta C. Breit). Norma was born in Kentucky. Raymond was the son of Joseph Scherer and Amelia Blunk. Alberta was the daughter of Albert Breit and Anna C. Crawford.