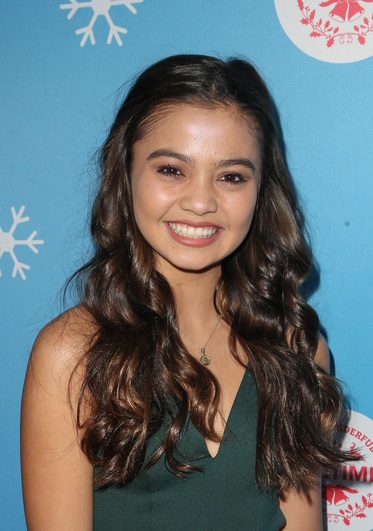 Siena Agudong is an American actress.

Siena’s paternal grandmother was named Solina Asuncion. Solina was born in Ilocos Norte, Philippines. Siena has also stated that she has Polynesian ancestry.

Siena’s maternal grandmother is Ellen Elizabeth Finks (the daughter of Robert Mark Finks and Josephine Elizabeth “Betty” King). Robert was the son of Harry Freeland Finks and Adda/Ada Winters Farris/Faris, and had German, English, Scottish, and Irish ancestry. Josephine was the daughter of Charles Edwin King, who was of German descent, and Violet Gertrude Smith.