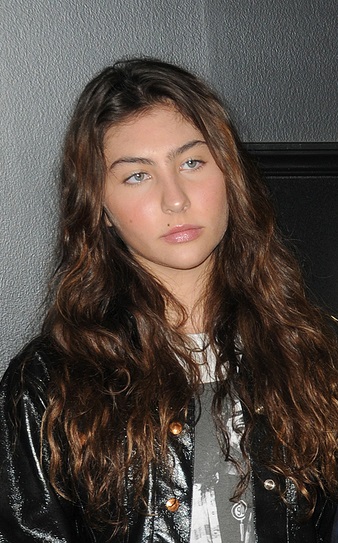 Cornell in 2019, photo by kathclick/Bigstock.com

Toni Cornell is an American musician, singer, and songwriter.

She is daughter of publicist Vicky Karayiannis and musician, singer, and songwriter Chris Cornell. Her father converted to the Greek Orthodox religion of her mother.

Toni’s paternal grandfather was Edward F. Boyle (the son of Edward John Boyle and Anona Ruth Olson/Olsen). Toni’s grandfather Edward was born in Washington. Toni’s great-grandfather Edward was the son of Dennis Peter Boyle, who was born in Renfrew, Renfrewshire, Scotland, to Irish parents, from County Sligo; and of Anna Louisa “Louise” Zahler, whose parents were German, from Trier, Rhine and Dillishausen, Lamerdingen, Bavaria, respectively. Toni’s great-grandmother Anona was the daughter of Eivin/Ivan Olaus Olsen, later Olsen, who was a Norwegian emigrant, from Stavanger, Rogaland; and of Carrie Lorena Jones/McGuire.

Toni’s maternal grandmother is Karen Ruth Cornell (the daughter of Ralph Trivett Cornell and Marion/Marian M. MacNutt). Karen was born in Washington. Ralph was the son of Julian Trivett Cornell, who was born in Rothesay, Nova Scotia, Canada, and of Emily Keillor Emmerson. Emily’s father, Henry Robert Emmerson, was a lawyer, businessperson, politician, and philanthropist, who as a member of the Liberal Party, was Premier of New Brunswick, from October 29, 1897 to August 31, 1900, among other duties. Toni’s great-grandmother Marion was the daughter of James Frederick MacNutt, who was born on Darmley, Prince Edward Island, and of Clarabell/Claribel Josephine Hubbell, who was born in Wisconsin. In an interview on Howard Stern’s show, c. 2007, Toni’s father appeared to state that his mother is Jewish. This is not accurate.

Sources: Genealogy of Toni Cornell (focusing on her father’s side) – https://www.geni.com