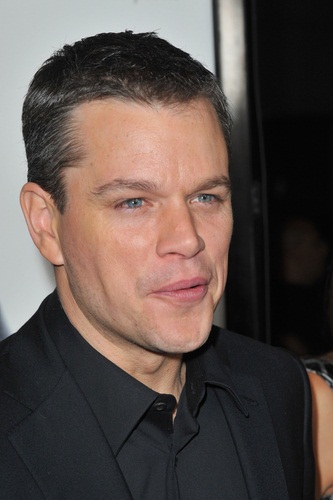 Matt Damon is an American actor, screenwriter, producer, filmmaker, and philanthropist. He is known for his roles in Saving Private Ryan, The Bourne Identity films, Syriana, and Good Will Hunting. He won an Academy Award for Best Original Screenplay for the latter film, with childhood friend, actor and filmmaker Ben Affleck.

Matt is the son of Nancy June Carlsson-Paige and Kent Telfer Damon. He is married to Luciana Bozán Barroso, an Argentinian-born former bartender, with whom he has four children.

Matt was selected People Magazine’s “Sexiest Man Alive” in 2007. He is thus far the only individual of Finnish heritage to have been given this title by the magazine, and also the individual with the most Scandinavian ancestry, at roughly one quarter.

His father is of approximately three quarters English and one quarter Scottish ancestry, along with distant Welsh roots. Many of Matt’s paternal English lines have been in the U.S. for many generations, particularly New England; they trace back to Massachusetts in the 1600s.

Matt’s mother is of approximately half Finnish and half Swedish descent. On his mother’s side, Matt also has distant Norwegian ancestry.

Matt is a tenth cousin, once removed, of his friend Ben Affleck. Matt’s paternal ten times great-grandparents, Elizabeth and William Knowlton, of England, were also Ben’s nine times great-grandparents. It appears that, until 2014, Matt and Ben were not aware of this genealogical relationship (common for two people of New England, English, ancestry).

Matt’s patrilineal line can be traced to Thomas Damon, who was born, c. 1627, in Faversham, Kent, England.

Matt’s paternal grandfather was Albert Howe Damon, Jr. (the son of Albert Howe Damon and Grace Henrietta Telfer). Matt’s grandfather Albert was born in White Plains, Westchester, New York. Matt’s great-grandfather Albert was the son of The Rev. Albert Nelson Damon and Hattie Salisbury. Grace was the daughter of Andrew Telfer and Anna Maria/Marie Turnbull, who were born in Scotland, with Andrew being from Jedburgh, Roxburgh.

Matt’s paternal grandmother was Roberta M. Fay (the daughter of Clarence Farwell Fay and Mabelle/Maybelle E. Kent). Roberta was born in Roselle, Union, New Jersey. Clarence was the son of Adoniram Judson Fay and Altemirah A. “Altie” Smith. Mabelle was born in Portsmouth, Rockingham, New Hampshire, the daughter of Charles Henry/Alvin Kent, whose father was born in Canada, and of Evelyn Maria Hammond.

Matt’s maternal grandmother was Margaret Cecilia “Peg” Carlsdotter Johnson (the daughter of Carl Emil Johnson and Cecelia/Cecilia/Celia Anna Charlesdotter Carlsson/Carlson). Margaret was born in Minneapolis, Hennepin, Minnesota. Carl’s parents, August Johnson and Ida, were Swedish. Matt’s great-grandmother Cecelia was born in Wisconsin, the daughter of Charles/Karl Fridolf Carlsson, who was born in åmål, Åmål, Västra Götalands län, Sweden, and of Catherine Mattsdotter Forsman, who was born in Jepua, Finland, and was of at least part Swedish descent. 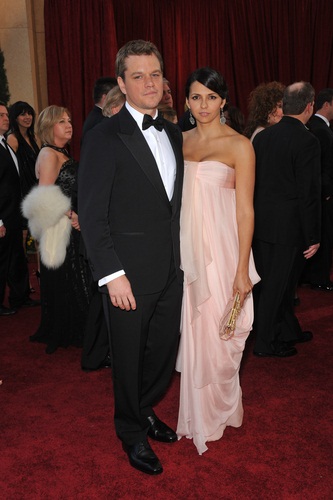 Genealogies of Matt Damon (focusing on his father’s side) – https://www.wikitree.com
http://nagelhistory.com