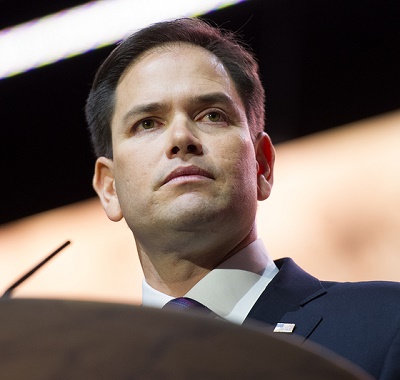 Marco is the son of Cuban-born parents, Oriales Garcia and Mario Rubio Reina. They moved to the U.S. in 1956, as economic migrants, while Fulgencio Batista was President of Cuba. They became U.S. citizens in 1975. A childhood picture of Marco with his parents and sister can be seen here.

Marco’s maternal grandfather was Pedro Víctor García (the son of Carlos Pérez Armas and Ramona García y León). Pedro was born in Santo Domingo, Las Villas, Cuba, to Spanish parents. Carlos was born in Canary Islands, Spain, the son of Antonio Perez and Nasaria Armas. Ramona was the daughter of Miguel Garcia and Maria de Leon, who were also from the Canary Islands.