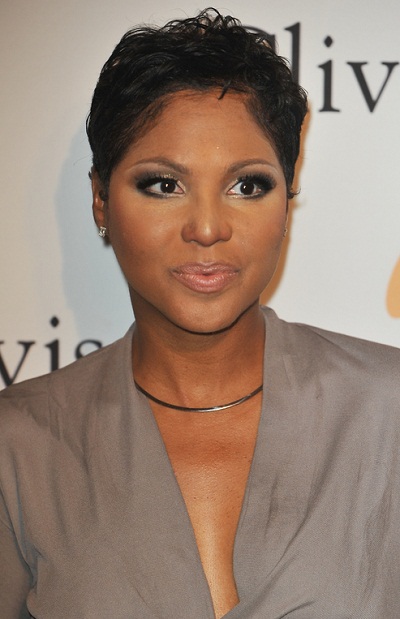 Braxton in 2011, photo by PrPhotos

A DNA test whose results were displayed on the show The Real (2016) stated that Toni’s sister, Tamar Braxton’s, genetic ancestry is:

Toni’s paternal grandfather was Francis/Frances Collins Braxton (the son of Oscar Braxton and Mary Robinson). Francis was born in Virginia. Oscar was the son of Delaware Braxton and Malvina. Mary was the daughter of Richard Watts and Harriette/Harriet Robinson.

Toni’s paternal grandmother was named Eva Estine Waters (the daughter of Olive/Ollie Bourne). Eva was born in New York. Olive was the daughter of William Thomas Bourne and Maude A. Hutchens.

Toni has stated that one of her grandmothers was Jewish (and caucasian). Given the information above, it does not appear that this statement is accurate.

In her 2014 autobiography, Unbreak My Heart: A Memoir, Toni writes:

Dad’s mom, Eva, was nearly 90 percent Caucasian, yet she was considered black in this country, thanks to the one-drop rule… my grandfather, Frances Braxton – a descendant of Carter Braxton, the Virginia Delegate who signed the Declaration of Independence in 1776… My grandfather Frances… was half African American and half Native American.

It is not clear if this descent from Carter Braxton, or Toni’s Native American ancestry, have been verified/documented.