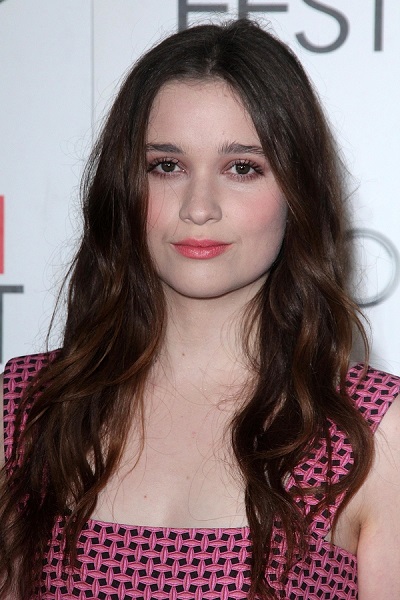 Englert in 2012, photo by s_bukley/Bigstock.com

Alice Englert is an Australian actress. Her roles include Beautiful Creatures and Them That Follow. Her father, Colin David Englert, is an Australian filmmaker and sound designer. Her mother, Jane Campion (Elizabeth Jane Campion), is a New Zealand screenwriter, producer, and director.

Alice’s maternal grandfather was Richard Mackiff/Meckiff Campion (the son of John Stanley Campion and Eleanor Wright). Richard was born in Wellington, New Zealand, and was a teacher, and theatre and opera director. His family were members of the Exclusive Brethren Christian Evangelical movement. Alice’s great-grandfather John was the son of John Antony/Anthony Campion, who was English, from Peterborough, Northamptonshire; and of Elizabeth Mary Mackiff/Meckiff, who was from Bromley, St Middlesex, England. Alice’s great-grandmother Eleanor was born in Essex, England.

Alice’s maternal grandmother was Edith Campion (born Beverley Georgette Hannah, the daughter of George Alfred Hannah and Jessie Ann Armstrong). Edith was born in Wellington, New Zealand, and was an actress, writer, and co-founder of the New Zealand Players theatre company. Alice’s great-grandfather George was born in Wellington, New Zealand, the son of Robert Hannah, who founded the Hannahs footwear company, and had been born in Ballymoney, Co. Antrim, Ireland; and of Hannah Ferguson, who was born in Easkey, County Sligo, Ireland, to a father who was born in Ireland and a mother born in Treforest, Glamorgan, Wales. Alice’s great-grandmother Jessie was the daughter of David Armstrong and Isabella McLean, who were born in Ayr, South Ayrshire, Scotland.