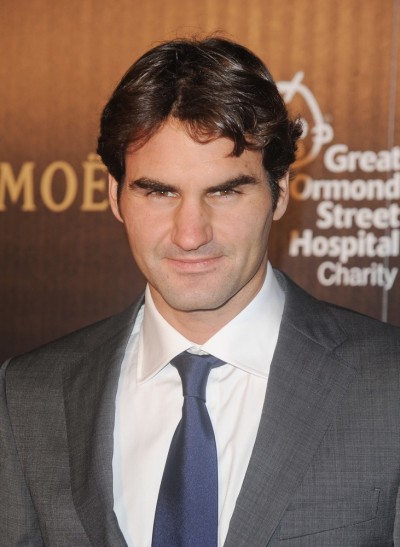 Federer in 2011, photo by Prphotos

Roger is married to Mirka Federer, a Slovak-born Swiss former professional tennis player, with whom he has four children.

Roger’s maternal grandmother was Vera Meyer (the daughter of James Sandilands and Mabel Lilian Muller). Vera was born in Cape, South Africa, of heavily German, and some Scottish, French Huguenot, Dutch, and Portuguese, descent. James was the son of Jacobus Esias Meyer and Jessie Sandilands. Mabel was the daughter of Helgard Jacobus Wilhelm Muller and Margaretha Isabella Meyer.