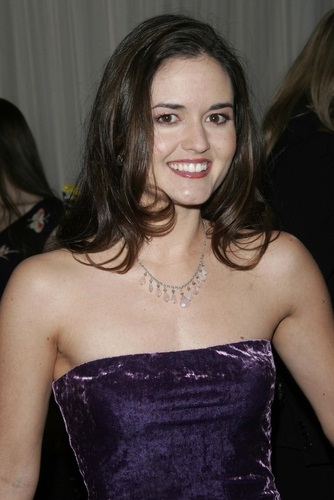 Danica McKellar is an American actress, writer, and education advocate. She is known for starring as Winnie Cooper on the television series The Wonder Years, as well as voice over roles, and for having written six non-fiction books about mathematics.

Danica is the daughter of Mahaila and Christopher McKellar. Her sister, Crystal McKellar, also starred on The Wonder Years, as Becky Slater. Danica is married to Scott Sveslosky. She has a son with her former husband, composer Mike Verta.

I’ve been asked if I were Asian, Hawaiian, Greek, etc. The truth is, I’m a big mix of Western Europe. I’m mostly Portuguese (this is my mom’s side), via the Azores and Madeira Islands. These are both groups of islands in the Atlantic ocean settled by the Portuguese in 1418. This means that my mom’s side is probably a fair mix of Portuguese and native Islander! On my dad’s side, I’m part Scottish (hence “McKellar”), and a little each of: German, Spanish, French, and Dutch. No Asian, I’m afraid. Although you should see baby pictures, I really do look Asian!

She added that her name, pronounced like “Monica” or “Erica,” comes from a book called Name Your Baby, and means “Morning Star” in Slavic countries. Danica named her production company Morning Starlight Productions.

Danica’s paternal grandfather was James Angus McKellar (the son of James Henry McKellar and Dorothy Winifred Kellogg). James was born in California. Dorothy was the daughter of Frederick William Kellogg and Florence May Scripps, whose father was English.

Danica’s paternal grandmother was Suzanne Frances Biven (the daughter of Fedrico/Frederick Ollino Biven and Ethel Georgia Harvey). Suzanne was born in Honolulu, Hawaii. Fedrico was the son of John Frank Biven, whose father was born in New York and whose mother, Amparo Ainsa Yslas, was born in Sonora, Mexico; and of Georgia Ellen Taber/Tabor, whose parents were from the East Coast. Danica’s great-grandmother Ethel was the daughter of Frederick Estabrook Harvey and Sabina Christian Cannell, whose father was Scottish or Irish, and whose maternal grandparents were English.

Genealogy of Danica McKellar (focusing on her father’s side) – http://humphrysfamilytree.com