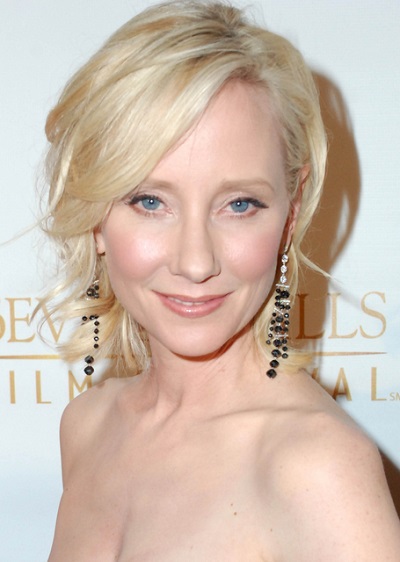 Anne Heche was an American actress, director, and screenwriter. She is known for her roles in the films Six Days, Seven Nights, Return to Paradise, Psycho (1998), Volcano, Wag the Dog, The Third Miracle,, John Q, and I Know What You Did Last Summer, among many others.

Her father, Donald Heche, was a choir director. Her mother, Nancy Heche, is a psychotherapist, author, college professor, and activist. Her father was of one half Swiss-German and one quarter Norwegian descent. Anne’s other roots were German, English, Scottish, some Scots-Irish/Northern Irish and Welsh, and remote Dutch, French, and Danish.

Anne’s paternal grandfather was Charles Hobart Heche (the son of Emanuel Heche and Martha Ellen Heller). Charles was born in Indiana. Emanuel was born in Bern, Switzerland, of Swiss-German descent, the son of Emanuel Heche and Elisebeth/Elizabeth Simons. Martha was the daughter of Levi Heller and Mariah/Maria Marsh, and had German and English ancestry.

Anne’s maternal grandfather was Richard Carleton Prickett (the son of Lora Alden Prickett and Nancy Anna Sheron/Shoun/Sherron). Richard was born in Gas City, Grant, Indiana. Lora was the son of The Rev. Thomas Prickett and Nancy White. Anne’s great-grandmother Nancy was the daughter of James Sherron/Shewin/Sheron and Nancy A. Lightle/Lytle/Little.

Genealogy of Anne Heche (focusing on her father’s side) – http://worldconnect.rootsweb.ancestry.com