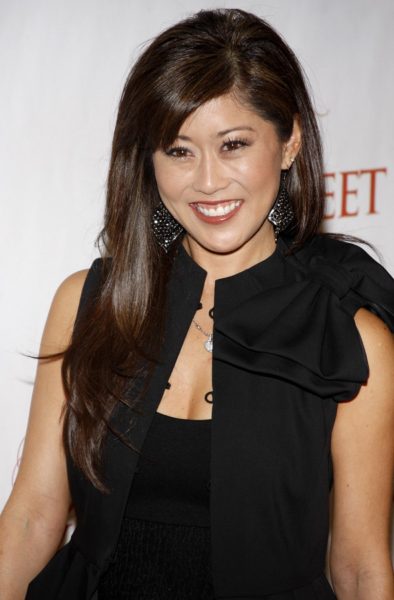 Yamaguchi in 2009, photo by Starfrenzy/Bigstock.com

Kristi is the daughter of Carole and Jim Yamaguchi. She is a third generation Japanese-American. Her father was born in Gilroy, California, on a farm, and was interned as a child during WWII with his family, in the Arizona desert. Her mother was born in an internment camp, Amachi, in Grenada, Colorado. Her ancestry is in the Wakayama and Saga prefectures.

Kristi is married to professional ice hockey player Bret Hedican, with whom she has two children.

Kristi’s maternal grandfather was named George Akira Doi. He was a staff sergeant during WWII.