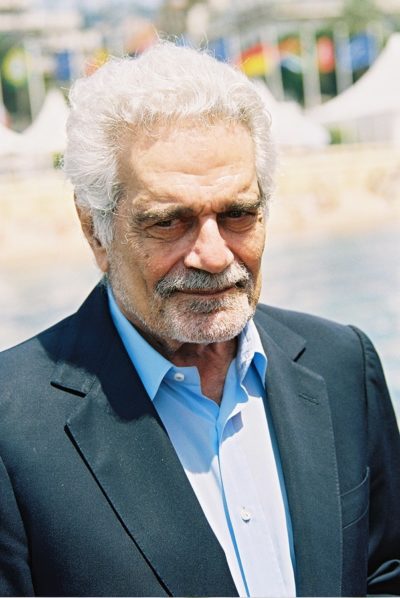 Sharif in 2004, photo by Denis Makarenko/Bigstock.com

Omar Sharif was an Egyptian actor.

He was the son of Claire (Saada) and Joseph Chalhoub. He had a son with his former wife, actress and producer Faten Hamama.

He was born to a Melkite Catholic family, and converted to Islam in 1955, when he married Faten.

Omar has often been described as having been of Lebanese and/or Syrian descent, with some reports suggesting that his parents were from the city of Zahlé. In 1996, he appeared in the documentary Lebanon… Imprisoned Splendour.

However, in a 2009 appearance on Nile Cinema, an Egyptian television program, Omar stated that his parents and grandparents were all Egyptian. He stated the same in a 2010 interview.

Source: Genealogy of Omar Sharif (focusing on his mother’s side) – https://www.geni.com