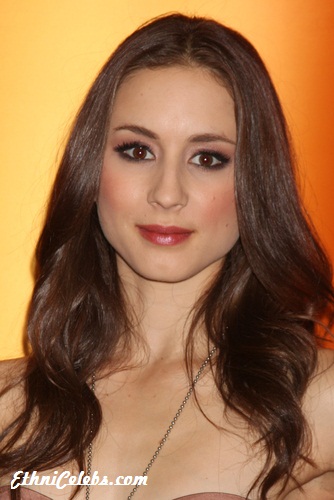 Troian Bellisario is an American actress and singer. She is known for playing Spencer Hastings on the series Pretty Little Liars.

Her father, Donald Bellisario, is a television producer and screenwriter. Her mother, Deborah Pratt, is an actress, novelist, and television producer. Her half-brother is actor Michael Bellisario. Troian is married to Canadian actor Patrick J. Adams, with whom she has two children.

Troian’s father is of Italian and Serbian descent. Troian’s maternal grandparents were both African-American and/or Louisiana Creole (of African-American and European, including French and English, descent). About her name, “Troian,” she has said, “It’s a family name. It was a surname on my father’s maternal side. It means “woman of Troy.”” The surname “Troian” exists in North Italy.

Troian’s maternal grandfather was Col. Bertram Roberson Pratt (the son of Richard Edward Pratt and Theresa Cecilia/Cecelia Coates/Coats). Bertram was born in Alabama. His family was from Mobile in that state. Bertram and his parents were both black. They are listed as either “Mulatto” (mixed race) or “Negro” (black) on U.S. Censuses.