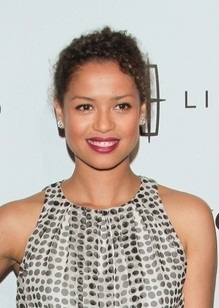 Mbatha-Raw in 2012, photo by PrPhotos

Gugu Mbatha-Raw is a British actress. Her father, Patrick Mbatha, is a doctor, originally from the Republic of South Africa. Her mother, Anne Raw, is an English nurse. Her father is black and her mother is white. Her name, Gugulethu, is a contraction of “igugu lethu,” which means “our treasure” in Zulu.

One of Gugu’s maternal grandparents had the surname Baldwin.