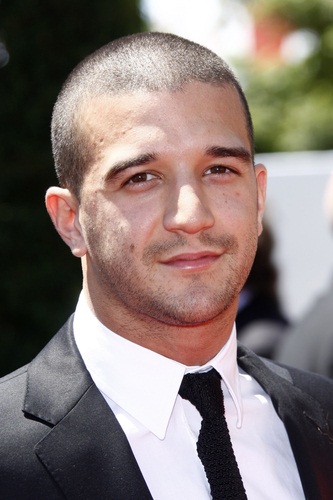 Mark Ballas is an American dancer, choreographer, singer, songwriter, musician, and actor. He is known for appearing on the show Dancing with the Stars.

Mark was born in Houston, Texas, the son of Shirley Ballas (born Shirley Annette Rich) and Corky Ballas (Mark Alexander Ballas), both professional dancers. His father, who is American, is of half Greek and half Mexican (including Spanish) descent. His mother, who is English, has mostly English and Irish ancestry. Mark moved to the U.K. with his family at a young age. He returned to the U.S. in 2007.

Mark is married to BC Jean, a singer, songwriter, and actress. They comprise the singer and songwriter duo Alexander Jean.

Mark’s paternal grandfather was George Charles Ballas (the son of Charles P. Ballas and Maria Charles Lymnaos/Lymneous). George was born in Louisiana, to ethnic Greek parents; his own mother was from Moschonisia, Turkey. George invented the first string trimmer, the Weed Eater, in 1971.