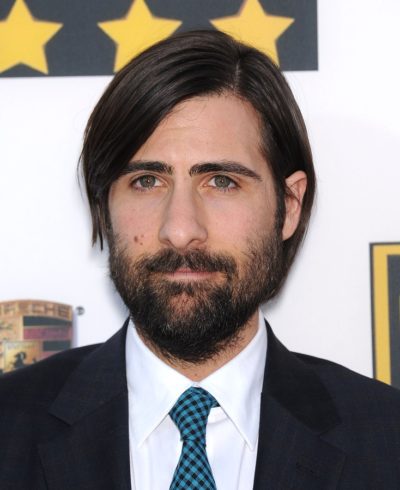 Schwartzman in 2014, photo by DFree/Bigstock.com

Jason Schwartzman is an American actor, producer, and musician.

His brother is singer and actor Robert Schwartzman, and his half-brother is cinematographer John Schwartzman. He is the son of producer Jacob “Jack” Schwartzman and actress Talia Shire (born Talia Rose Coppola). He is a nephew of academic and author August Coppola and director Francis Ford Coppola, and a cousin of actor Nicolas Cage and actress/director Sofia Coppola. His great-uncle was opera conductor and composer Anton Coppola.

Jason’s father was Ashkenazi Jewish, of Polish Jewish descent. Jason’s mother is of Italian ancestry, and is from a Catholic family. Jason was raised in no faith.

Jason is married to art and design director Brady Cunningham, with whom he has two children.

Jason’s paternal grandmother was Elsie M. Bernstein (the daughter of Morris Bernstein and Rose Ruder/Rudder). Elsie was born in Poland.

Jason’s maternal grandfather was Carmine Coppola (the son of Agostino/August Nicola Coppola and Maria Lillian Zasa). Carmine was a composer, born in Manhattan, New York, to parents from Bernalda, Province of Matera, Basilicata, Italy. Agostino was the son of Carmine Coppola and Filomena Coppola. Maria Lillian was the daughter of Pancrazio Zasa and Antonia Montesano. The Coppola family owns a luxury resort in Bernalda.

Jason’s maternal grandmother was Italia Pennino (the daughter of Francesco “Frank” Pennino and Anna Giaquinto). Italia was born in Brooklyn, New York, to Italian parents. Francesco was a composer, who was born, c. 1880, in Naples, Campania.