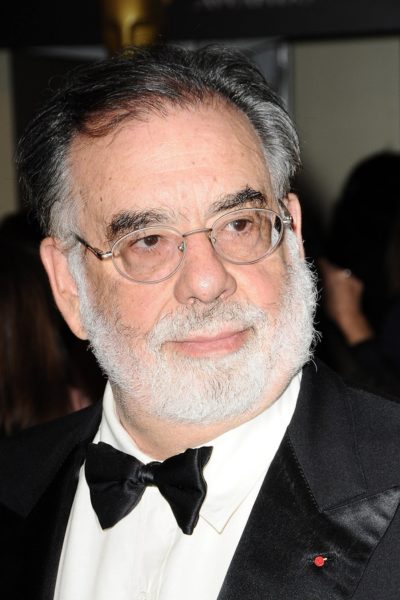 Coppola in 2010, photo by s_bukley/Bigstock.com

Francis Ford Coppola is an American film director, producer, and screenwriter. He won the Academy Award for Best Director for The Godfather Part II (1974). All of Francis’s grandparents were Italian.

Francis is the son of Italia Pennino and flautist and composer Carmine Coppola. His uncle was opera conductor and composer Anton Coppola. Francis is the brother of academic and author August Coppola and actress Talia Shire. With his wife, filmmaker, artist, and author Eleanor Coppola, he has three children, including filmmaker Roman Coppola and actress and director Sofia Coppola. His nephews are actors Nicolas Cage, Jason Schwartzman, and Robert Schwartzman.

Francis’s paternal grandfather was Agostino/August Nicola Coppola (the son of Carmine Coppola and Filomena Coppola). Agostino was from Bernalda, Province of Matera, Basilicata, Italy. The Coppola family owns a luxury resort in Bernalda.

Francis’s paternal grandmother was Maria Lillian Zasa (the daughter of Pancrazio Zasa and Antonia Montesano). Maria was from Bernalda.