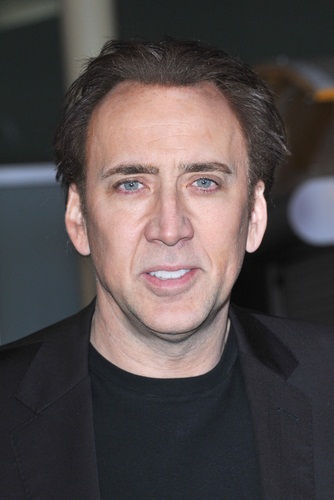 Nicolas Cage is an American actor and producer. He won the Academy Award for Best Actor for Leaving Las Vegas (1995). He has starred in many other acclaimed and/or popular films, including Con Air, Face/Off, Moonstruck, and Mandy.

He is the son of Joy (Vogelsang), a choreographer and dancer, and August Coppola (August Floyd Coppola), an academic and author. He is a nephew of film director Francis Ford Coppola and actress Talia Shire. His great-uncle was opera conductor and composer Anton Coppola. His siblings are radio personality Marc “The Cope” Coppola and director Christopher Coppola. His cousins are director Sofia Coppola and actors Jason Schwartzman and Robert Schwartzman. Nicolas’s father was of Italian descent. Nicolas’s maternal grandfather was of approximately three quarters German, and one quarter British Isles [English, Scottish], ancestry. Nicolas’s maternal grandmother was of Polish descent.

Nicolas is married to Riko Shibata, who is Japanese. He has a son, musician Weston Cage, with his former partner, actress Christina Fulton; a son with his former wife Alice Kim, who is of Korean descent; and a daughter with Riko.

Nicolas’s paternal grandfather was Carmine Coppola (the son of Agostino/August Nicola Coppola and Maria Lillian Zasa). Carmine was a composer, born in Manhattan, New York, to parents from Bernalda, Province of Matera, Basilicata, Italy. Agostino was the son of Carmine Coppola and Filomena Coppola. Maria Lillian was the daughter of Pancrazio Zasa and Antonia Montesano. The Coppola family owns a luxury resort in Bernalda.

Nicolas’s paternal grandmother was Italia Pennino (the daughter of Francesco “Frank” Pennino and Anna Giaquinto). Italia was born in Brooklyn, New York, to Italian parents. Francesco was a composer, who was born, c. 1880, in Naples, Campania.

Nicolas’s maternal grandmother was Louise Adrianne Siputa (the daughter of Andrew Thomas Siputa and Anna Kaxzmarek/Kaczmarek). Louise was born in Illinois, to Polish parents. Andrew was the son of Stanley Siputa and Maria Dulat.

Genealogy of Nicolas’s maternal great-great-grandfather, Jacob George Vogelgesang (focusing on his own father’s side) – http://worldconnect.rootsweb.ancestry.com