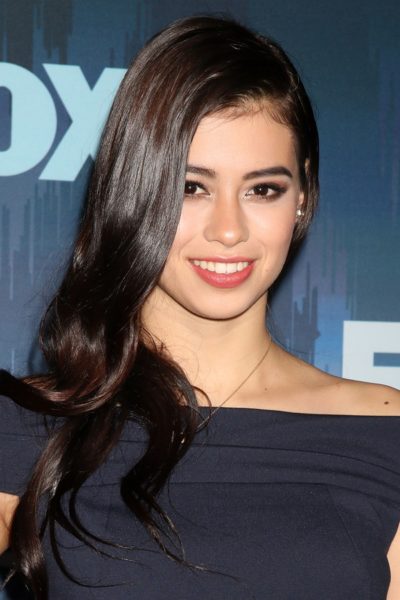 Midthunder in 2017, photo by kathclick/www.bigstockphoto.com/

Amber Midthunder is an American actress and filmmaker. She is known for her roles in the films The Ice Road and Prey and the series Legion and Roswell, New Mexico. She is the daughter of Angelique Midthunder, a casting director, and David Midthunder, an actor.

Amber’s father was born in Montana, and is of Sioux Native American descent on one side, and Norwegian, and some English, descent on the other. Amber and her father are members of the Fort Peck Sioux and Assiniboine Indian Reservation. Her mother was born in Bangkok, Thailand, and has English and Chinese ancestry.

Amber’s paternal grandfather was Elmer Elias Midthun (the son of Aslag/Aslak Nilsen/Nilson Midthun and Edith Maureen Stenersen/Stenerson). Elmer was born in Montana. Aslag was born in Bergen, Hordaland, Norway, the son of Nils Aslaksson Svalheim/Midtun and Anna Sofie Olsdotter Svalheim. Edith was born in Minnesota, the daughter of John H. Stenerson, who was Norwegian, and of Abbie Person/Persons, who had English ancestry.

Amber’s paternal grandmother was Cynthia Rose Hamilton (the daughter of Harvey Hamilton and Angel/Angie Armstrong). Cynthia was born in Montana, and was a Sioux Native American, of the Assiniboine tribe. Harvey was the son of Pipe Hamilton and Chief Woman. Angel was the daughter of Bun Armstrong and Two Woman.

Amber’s maternal grandfather was James Thomas “Tom” Roehm (the son of Lester F. Roehm and Helen Reed). James served in the Vietnam War, in which the U.S. had many soldiers stationed in Thailand around the time of Amber’s mother’s birth. James raised Amber’s mother, but it is not (publicly) clear if he is her biological father. Lester was the son of Jacob Louis Roehm, whose parents were German, and of Bertha Unkauf, who was German.