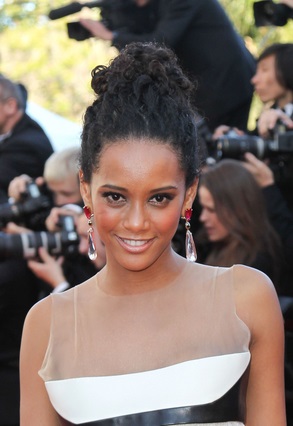 Taís Araújo is a Brazilian actress, television host, and model.

Taís is the daughter of Mercedes de Araújo, an educationalist, and Ademir de Araújo, an economist. Her cousin is actor and singer Marcello Melo, Jr. She was raised partly in Méier, in the North Zone of Rio de Janeiro, and Barra da Tijuca.

My mother is dark skinned black, my father is the son of a light skinned black man and an Austrian woman. You look at my father, and he is very white, full of freckles, fat nose… But he is very mixed.

She is married to actor, television presenter, director, and writer Lázaro Ramos, with whom she has two children.