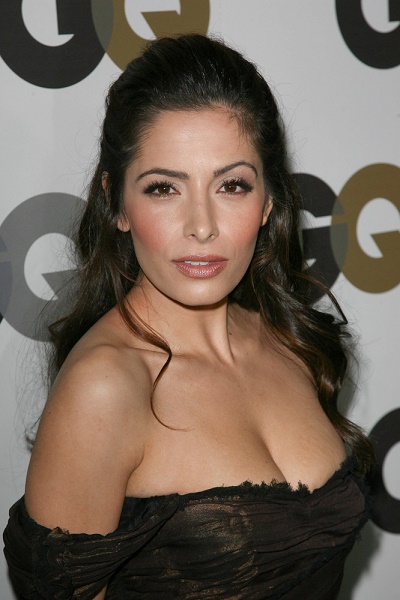 Sarah Shahi is an American actress and cheerleader. She is known for playing Carmen de la Pica Morales, a Latina, in the drama series The L Word. Her birth name, Aahoo, means “gazelle” in Farsi.

Her father, Abbas Jahansouz Shahi, is of Iranian descent. Her mother, Mah Monir Soroush Azar, an interior designer, was born in Spain, to an Iranian father and a Spanish mother. Sarah has three children with her former husband, actor Steve Howey.

Sarah’s father’s family left Iran two years before the Iranian Revolution. Her father, who was working at the American Embassy in Iran, was slated for execution when the regime collapsed in 1979. However, he was allowed to flee the country.

About her upbringing, Sarah has stated:

It’s a tiny little town and a charming place to grow up. But every boy I liked never liked me back. To be beautiful in Texas, you had to be blonde and blue-eyed and have a name like Ann. Aahoo was a little weird for them.