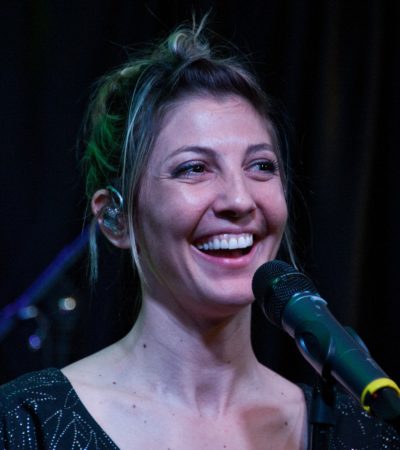 Volkman in 2014, photo by Prphotos

Aja Volkman is an American singer, songwriter, and musician. She is the lead singer of the alternative rock band Nico Vega.

Aja is the daughter of Rogene, an artist, and James Volkman. Her father has German and English ancestry. Her mother is of half Spanish and half Italian descent. Aja is married to singer, songwriter, and musician Dan Reynolds, with whom she has three children.

Aja’s paternal grandfather was William Edward Volkman (the son of Rhienhardt Henry Volkman and Rosalin Maud Carlyon). Rhienhardt was of German descent, and was the son of William T. Volkman and Wilhemina Kandt. Rosalin was English.