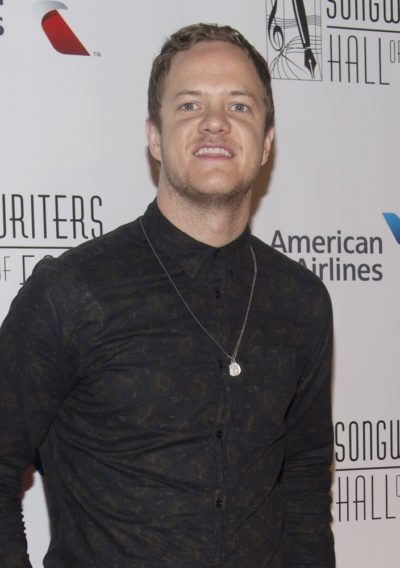 Reynolds in 2014, photo by Prphotos

Dan is the son of Christene and Ronald Reynolds, a lawyer and author. He was raised in the Mormon faith. Dan is married to musician Aja Volkman, with whom he has four children. The two have performed as indie rock duo band Egyptian.

Dan’s patrilineal line can be traced to his eighth great-grandfather, John Reynolds, who was born, c. 1630, in Llanwnnog, Montgomeryshire, Wales.

Dan’s paternal grandfather was Harold Noland Reynolds (the son of William Rodger/Roger Reynolds and Rosa Annabella/Annabelle McClane). Harold was born in Nevada. William was the son of Richard Reynolds, who was born in Ohio, to a Welsh father and an English mother, and of Sarah Elizabeth Rower. Rosa was the daughter of John James McClane and Emma Isabelle Dinsmore, who was born in Ohio, to a Scots-Irish/Northern Irish father and a Scottish mother.

Dan’s paternal grandmother was Bethel Ernestine Talbott (the daughter of Chester Adrian Talbott and Susan Maria/Elizabeth Steck). Bethel was born in Colorado. Chester was the son of Allen Emery Talbott and Mary Annette McCleary. Susan was the daughter of James Coulter Steck and Lydia Ann Watson.

Dan’s maternal grandfather was Robert Marshall Callister (the son of Norval Eddington Callister and Ada May Hemsley). Robert was born in Washington, D.C. Norval was the son of Edward Henry Callister, who was born in Salt Lake City, Utah, to parents from the Isle of Man, and of Louisa Jane Eddington, who was also born in Salt Lake City, to English parents. The surname Eddington possibly originates in Scotland or Ireland. Dan’s great-grandmother Ada was the daughter of James Hemsley, who was born in Dixie, Utah, to an English father and a Danish mother; and of Annie Robinson, who was English, from Birmingham, Warwickshire.

Genealogy of Dan’s mother (focusing on her mother’s side) – http://wc.rootsweb.ancestry.com