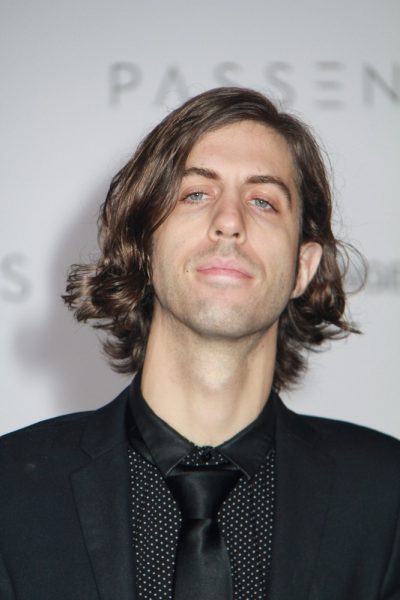 Wayne Sermon is an American musician, songwriter, and record producer. He is the lead guitarist of the rock band Imagine Dragons. The band’s members also include Ben McKee, Daniel Platzman, and Dan Reynolds.

Wayne was the son of Debbie and Jeff Sermon. His family is of the Mormon faith. He is married to Alexandra Hall, a ballerina, with whom he has three children.

Wayne’s paternal grandfather was Wayne Harold Sermon (the son of Henry Simon Sermon and Louise Elizabeth Bush/Busch). Wayne was born in Idaho. Henry was the son of Henry Simon Sermon, who was English, and of Ann Edwards Nelson, whose father was Scottish and whose mother was Welsh. Louise was the daughter of Francis Joseph “Franz” Bush, who was German, and of Charlotte Marie Young, whose father was born on Guernsey, Channel Islands, to English parents, and whose mother was born on Jersey, Channel Islands.

Wayne’s maternal grandmother was Lois Wing (the daughter of Alva H. Wing and Dorothy Udine Sabey). Alva was the son of George Hyrum Wing, whose mother was English, and of Martha Ann Fox, whose parents were English. Dorothy was the daughter of Charles Joshua Sabey, whose father was English and whose mother was Northern Irish, and of Sarah Jane Peck, whose parents were English.