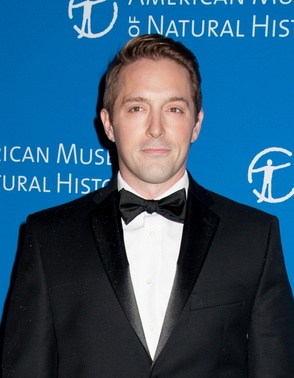 Bennett in 2015, photo by Prphotos

Beck Bennett is an American actor, comedian, and writer. He was a cast member on the show Saturday Night Live.

Beck’s paternal grandmother was Patricia Margaret Birch (the daughter of Lawrence Meserve Birch and Miriam Margaret Parr). Patricia was born in Illinois. Lawrence was the son of Edward L. Birch and Maude Meserve. Miriam was the daughter of William D. Parr and Cora Walton.

Beck’s maternal grandfather was Robert Coulson Beck (the son of Howard Hubert Beck and Viviane Coulson). Robert was born in Wisconsin. Howard was the son of Charles Beck and Nellie Gertrude Burke. Viviane was the daughter of Charles Henry Coulson and Dollie Viviane Decker.

Beck’s maternal grandmother was Phyllis Dolby Newton (the daughter of Louis Christis Newton and Ruth Frish). Phyllis was born in Wisconsin. Louis was the son of Louis/Lewis D. Newton and Kate C., whose mother was English. Ruth was the daughter of Augustus Frish and Mary Ladonne.