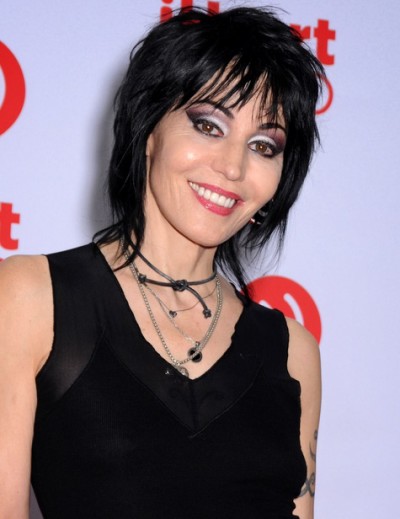 Ethnicity: Irish, as well as English and Scottish

Joan is the daughter of Dorothy and James Larkin. Joan has stated:

My father was Irish, and I believe he came from County Mayo. [I] Want to explore that a little bit more when I have the time…

Joan stated that she also has Scottish and English ancestry.

In an article in The Irish Times, Joan was compared to the concept of “black Irish” (Irish people with dark hair). Her friend, Kenny Laguna, stated in the same article that there are a “ton of Duffys in her family.”

Joan’s paternal grandmother was Helen “Nellie” Duffy (the daughter of Michael Duffy and Mary/Maria Kenny). Helen was born in Knockbrack, Kilkelly, Mayo, Ireland. Michael was the son of Martin Duffy and Mary Clark.