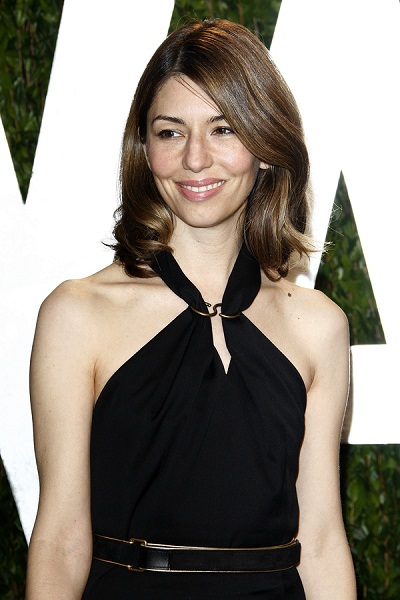 Sofia Coppola is an American director, actress, writer, and producer. She is known for having directed The Virgin Suicides, Lost in Translation, and Marie Antoinette, among other films.

She is the daughter of film director, producer, and screenwriter Francis Ford Coppola and filmmaker, artist, and director Eleanor Coppola (born Eleanor Jessie Neil). Her brother is filmmaker Roman Coppola. Through her father, she is a first cousin of actors Nicolas Cage, Jason Schwartzman, and Robert Schwartzman. She is a niece of academic and author August Coppola and actress Talia Shire. Her great-uncle was opera conductor and composer Anton Coppola.

Sofia’s father is of Italian descent, while Sofia’s mother is of English, and some Scottish, ancestry. Sofia had lived in Tokyo, Japan, for some time during her 20s and still travels there regularly. Her experience in Japan inspired her to direct and produce the movie Lost in Translation, which took place in Japan.

Sofia is married to French singer Thomas Mars, with whom she has two children.

Sofia’s paternal grandfather was Carmine Coppola (the son of Agostino/August Nicola Coppola and Maria Lillian Zasa). Carmine was a composer, born in Manhattan, New York, to parents from Bernalda, Province of Matera, Basilicata, Italy. Agostino was the son of Carmine Coppola and Filomena Coppola. Maria Lillian was the daughter of Pancrazio Zasa and Antonia Montesano. The Coppola family owns a luxury resort in Bernalda.

Sofia’s paternal grandmother was Italia Pennino (the daughter of Francesco “Frank” Pennino and Anna Giaquinto). Italia was born in Brooklyn, New York, to Italian parents. Francesco was a composer, who was born, c. 1880, in Naples, Campania.

Sofia’s maternal grandmother was Delphine Carolyn Lougheed (the daughter of Herbert Edgar Lougheed and Beatrice Dearing/Deering/Dearin). Delphine was born in California. Herbert was the son of Joseph Lougheed, who was Canadian, and of Mary Ellen Hargraves, who was English. Beatrice was the daughter of James Franklin Dearing and Mary Eva Allen.

Sources: Genealogies of Sofia Coppola (focusing on her father’s side) – https://www.geni.com
http://worldconnect.rootsweb.ancestry.com