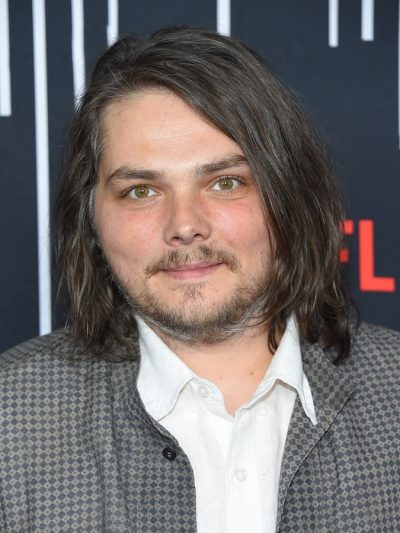 Way in 2019, photo by DFree/www.bigstockphoto.com/

Gerard Way is an American singer, songwriter, musician, and comic book writer. He is the lead singer of the rock band My Chemical Romance. He also created The Umbrella Academy comic book series.

Gerard is the son of Donna and Donald Way. His brother is musician and actor Mikey Way. Gerard is married to Lyn-Z, the bassist for the band Mindless Self Indulgence. The couple has a daughter.

Gerard has stated that he is of half Scottish descent.

Gerard’s maternal grandmother was Elena/Helen Lee/Lina Spadone (the daughter of Savino/Samuel “Sam” Spadone and Genovieve/Genivie/Genieve/Jennie Annunziata/Anniziata). Elena was born in New Jersey, to Italian parents. Savino was from Melfi, Province of Potenza, Basilicata, and was the son of Giovanni Spadone and Lucia Vitelli. Genovieve was from Aquilonia, Province of Avellino, Campania, and her mother’s surname was De Riezo.

Sources: Genealogy of Gerard Way (focusing on his mother’s side) – https://www.geni.com